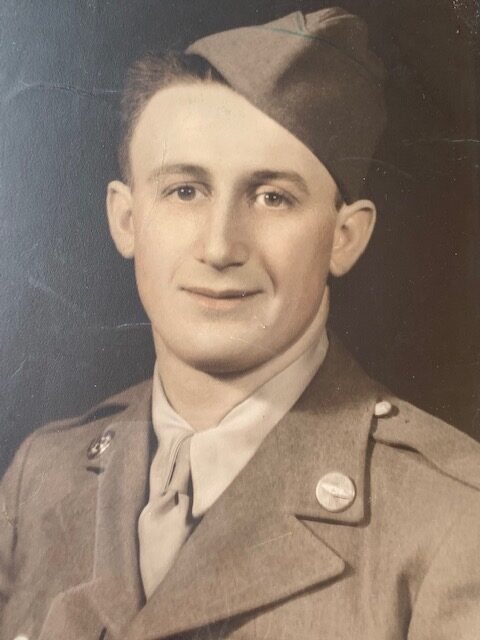 Born on November 27, 1922 to Italian immigrant parents, Tony attended Stamford schools and was drafted into the United States Army in 1942 during World War II at the age of 20. He served in the United States Army for three years, theatres included: Europe, Africa, and the Middle East. Battles and campaigns included: Anzio Beachhead Italian Campaign, Naples, Foggia, Rome, Arno, Southern France, Rhineland, and Central Europe. Stories shared with his family were about a bullet ricocheting off his belt buckle; keeping watch in the German countryside during the night, and being told to carry his gun while attending Christmas Eve Mass, landing on the Anzio Beachhead and being told by the Commander that the boat that brought him there may not be there to bring him back. When asked how he felt after returning home to Stamford after the war, Tony responded by saying, “I was an old man in a young man’s body.” After the service, Tony returned to his father’s refuse business and then he and his brothers started and operated Carlucci Bros., an excavating firm for over 30 years. He was a lifetime parishioner of Sacred Heart Church, a member of the Knights of Columbus, St. Augustine Council 41, 4th degree for 65 years. He was an active member of the Disabled American Veterans (DAV) often seen fundraising at the Dunkin Donuts in Springdale, placing flags at the veterans gravestones in Stamford cemeteries, and participating in Stamford parades.