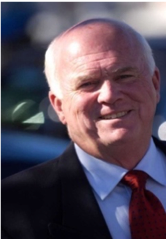 Christopher Munger enlisted in the Marine Corps Reserve in 1954 directly from high school at the age of 17. He initially served as an active duty Marine at Quantico in Virginia followed by service at San Diego Naval Base with deployments to Vietnam. Once returned from Vietnam, Chris served again at the Officer’s Basic School in Quantico, Virginia. Each of his tours was approximately 2 years. Prior to attending Officer’s Basic School, he served as a midshipman, United States Navy at the United States Naval Academy in Annapolis, Maryland.