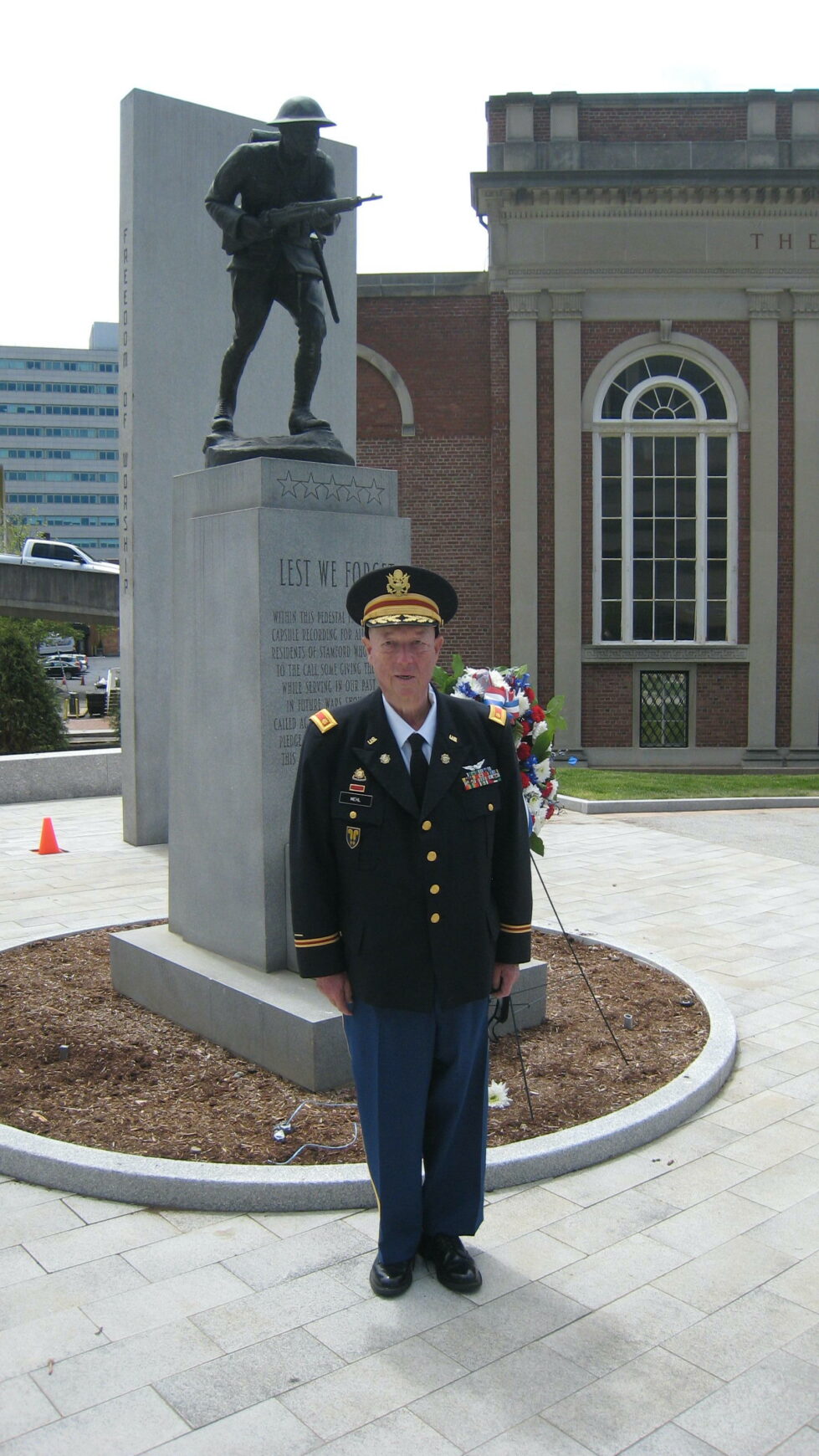 Cortland Mehl was commissioned in the United Army May 5th 1972 through the Ducane Army ROTC program. He took his basic training at Fort Knox Kentucky and advanced training at Indiantown Gap Military Reservation during the Vietnam Era. Mehl was given an educational halt to go to graduate school where he obtained his master of arts and history from the University of Bridgeport in Connecticut. He then entered active duty in February 1974 at Fort Eustis Virginia where he attended officer basic course. In June of 1974 he was assigned to Fort Rucker Alabama for the officers rotary wing course. Upon completion of the course, he was sent to Fort Story Virginia where he became an amphibious boat platoon leader and assistant adjutant.

In June 1977 upon completion of his active duty requirement, First Lieutenant Mehl was assigned as a platoon leader with a light-medium truck company in the Army reserves in Fairfield, Connecticut. At the same time due to a shortage of officers, he was also assigned as executive officer and training officer for light-medium truck company. Upon his promotion to Captain in 1979, Mehl was assigned as division transportation officer for the 76th Infantry Division in West Hartford, Connecticut, and he also served as installation transportation officer. In 1981, after serving in this position for two years, Captain Mehl transferred to the 77th Army Command Fort Totten where he became a headquarters company commander for a logistics support group. Upon completion this assignment, Captain Mehl was assigned to the 77th Army command general staff where he worked as a transportation staff officer for the deputy chief of staff for logistics. During this time, he served as a mobilization officer approving division level movement plants; he was in this position for 6 years. Captain Mehl was promoted to Major in 1987 and assumed a new assignment at the 318th Movement Control Agency in Jamaica, Queens. He served as a movement control officer and in August of 1990 he was alerted and called up to Operation Desert Shield. During his time overseas, Major Mehl served as the unit liaison to the port of Dharan in Saudi Arabia and personally lead 24 convoys into the desert for supply build up during Desert Storm. Upon returning home Major Mehl was assigned as a team leader with the 1179th Deployment Control Unit at Fort Hamilton, New York from where he retired in 1994. �

Major Mehl, graduated from Stamford Catholic High School and has lived in Stamford most of his life. He was an Eagle Scout and served as commander of the Stamford Catholic War Veteran for many years, a post named after his uncles who all served in World War II, as did he father. Mehl is a Gold Star family member as his uncle, Edmund Kulka, a naval aviator, was lost at sea following an aircraft mishap. Major Mehl, battled lung failure due to exposure of toxins from burning oil wells during Desert Storm, passed in 2021.